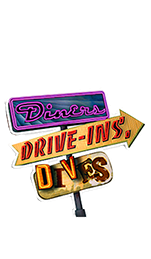 I would pass out eating that,” Fieri said. “Delicious is an understatement ... outstanding.”

Food Network star Guy Fieri fell in love with confit duck wings and beef wellington bites at Wilmington’s Fork n Cork -- the fourth restaurant to be featured on “Diners, Drive-Ins and Dives” Friday night at 9 p.m. After being spotted inside the tiny downtown Market Street venue in January, Fieri spent time with owner and chef James Smith, also of Smoke on the Water and The Bone and Bean.

Smith told the StarNews spending time with Fieri was an amazing experience. Several months before the Triple D filming, Smith invited a young student, Ava, to Fork n Cork and worked with her to innovate a new burger for the menu. Smith told the StarNews he wanted to give the girl a social media win after she was bullied peers. Ava was introduced to Fieri during filming and got share the ingredients of “Ava’s burger,” on air -- a burger served between two bacon waffles and shoestring potatoes.

Smith said after meeting Fieri, Fieri’s social media team contacted Smith and asked for her Instagram information. Now she is one of the 65 people he follows. “They are buddies now,” Smith said of Fieri and Ava.